The European Commission’s new chemicals strategy, published on Wednesday (14 October), proposes to ban the most toxic substances by default, authorising them only on a case-by-case basis when they are proven to be indispensable to society.

Chemicals are “part and parcel of everyday life” and “play a crucial role” in greening the EU economy, said Frans Timmermans, the Commission vice-president in charge of overseeing the European Green Deal.

“But we need to make sure that chemicals are produced and used in a way that does not hurt human health and the environment,” he added, saying the strategy will chiefly address harmful substances contained in products like toys, cosmetics, textiles or packaging and containers that come in contact with food.

The Commission’s “chemical strategy for sustainability” is the first to comprehensively address hazardous substances since 2006, when the EU adopted its landmark REACH regulation on the Registration, Evaluation, Authorisation and Restriction of Chemicals.

It is also the first concrete step towards achieving what is arguably the most elusive objective of the European Green Deal – aiming for “zero pollution”.

The new strategy aims to be active rather than reactive and would stop the most hazardous substances from entering the EU market before they’re fully assessed, rather than removing them if found to be harmful.

“In most cases we now assess these chemicals one by one – and remove them when we find out that they are unsafe,” Timmermans said at a press briefing on Wednesday.

“We will just flip this logic on its head. Instead of reacting, we want to prevent. As a rule, the use of the most harmful substances will be prohibited in consumer products,” he said in a statement.

Bans will apply in priority for products such as children’s toys, textiles, cosmetics, detergents or furniture to which consumers are the most frequently exposed, the Commission indicated.

Removing as many toxic materials as possible will also make recycling easier and is “a necessary step to make sure that we move towards sustainability and a circular economy,” according to Frida Hok from the International Chemical Secretariat, an environmental pressure group.

Her initial impression, she added, was that the strategy was “ambitious” and addressed many criticisms leveled at its predecessor, REACH.

However, Hok also said plans to allow the substances only when proven safe was similar to the current system put in place under REACH, which hasn’t been strictly implemented.

Bans on the horizon

One man-made chemical family, known as Per- and polyfluoroalkyl substances (PFAS), will be banned “as a priority” unless it can be proved that their use in certain applications is absolutely essential, Timmermans said.

PFAS are often referred to as the “forever chemical” because they are highly persistent and take up to 1,000 years to breakdown in the environment. “We will only allow it where it is absolutely essential for society,” Timmermans said.

Environmental groups, however, say the damage has already been done and could not be reversed. “Unfortunately, it’s already very late. In a few decades almost everybody on the planet will be polluted [with PFAS],” said Tatiana Santos from the European Environment Bureau, adding it “should never have been produced” in the first place.

While PFAS face immediate restrictions, it is hard to tell how many more substances will be banned, and none will be completely removed because they can be critical to things like electric cars, smart phones, or insulation foam which are a priority for the bloc’s green and digital transition.

“I want to stress that we will still allow uses that can be proven essential. That’s also very important for our society, for example, for technologies that we need for our twin transition like digital,” said Virginijus Sinkevičius, the EU’s environment commissioner.

PFAS’ ban will serve as a first look at how the Commission intends to deal with stricter restrictions and an example of the “holistic approach” to preventing pollution.

Another key part of the strategy is to ensure chemicals are “safe and sustainable by design” – meaning from production to the end of life, the Commission said.

This will include the development of new EU-wide “criteria” to define safe and sustainable chemicals and financial support for their commercialisation, the EU executive added.

Chemicals are Europe’s fourth largest industry with global turnover valued at €3,347 billion in 2018. Production is expected to double by 2030 and the strategy is trying to promote innovation towards safe and sustainable chemicals.

Speaking at a press conference yesterday, Commissioner Sinkevičius said the strategy aimed at protecting health and the environment while encouraging chemical firms to innovate.

“To achieve more protection, we will also need more innovation,” Sinkevičius said, urging companies to develop “new chemicals and materials that are safe and sustainable by design: from the production to the end of life.”

The idea is that if Europe leads the way in sustainable chemicals, it will also set standards for the rest of the world and ensure its industry remains a global leader.

“The chemical industry will have to go through quite substantial restructuring,” Timmermans admitted however, saying one of the challenges will be to boost energy efficiency and cut fossil fuel use in the chemical sector.

“The sooner we help this industry decarbonise, the sooner it can reap the benefits of being the leading industry in the world in the chemical sector,” Timmermans said.

Industry call for “evolution not revolution”

The chemical industry, for its part, remains to be convinced. Jacques Ragot from Covestro, a chemicals manufacturer, expressed “mixed” feelings about the Commission’s strategy, saying he would rather focus on strengthening REACH compliance and enforcement than reopen the whole system.

Whilst he welcomed support for innovation and the recognition of chemicals’ importance for the green transition, he said lots of questions remained, including how to implement the new assessment system and what products or applications can be considered “essential”.

“Twenty years ago I think nobody would have said a smart phone is essential,” Ragot said

The European Chemical Industry Council, an industry body, said it welcomed more clarity on enforcement and innovation, but called the new strategy a “missed opportunity”.

While CEFIC approved some elements of the strategy such as the sustainable-by-design concept, it said EU regulators needed to strike a better balance between “simply banning chemicals based on their hazardous properties and enabling the technology solutions that will make the Green Deal reality”.

“What we have today reads more like a long list of regulatory measures, lacking sufficient clarity on how they will be joined up, how they relate to real-world geopolitical context like Brexit or how they will all add up to achieve the Green Deal objectives,” said Marco Mensink, CEFIC director general.

Green campaigner Tatiana Santos, for her part, said she was “very pleased to see that finally there are strong commitments” on curbing toxic chemicals “and that people and the environment are prioritised.”

However, she said the strategy contained too many “carrots” to encourage industry to innovate and not enough “sticks” to ensure polluters observe environmental rules. Even though she backs financial incentives to encourage the production of more sustainable chemicals, she said those should go hand in hand with penalties for pollution.

“The most striking [issue] is that polluters still won’t pay for the damage they cause,” she added. Harmful chemicals are “extremely cheap” to make so it still makes sense from a business perspective to keep using non-sustainable chemicals, she remarked. 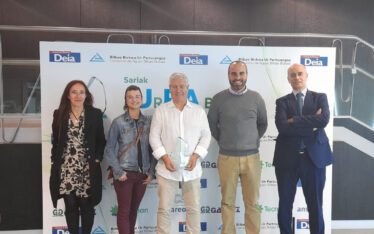